Zimbabwe have enjoyed the status of best tourism attraction till early 1990’s but after the land reform program in 2000, there was 75% decrease in tourist which highly effect the economy of Zimbabwe. We thought we should remind you about the glory and best tourist places in Zimbabwe so that tourist return back to enjoy natural beauty and natural wounder. 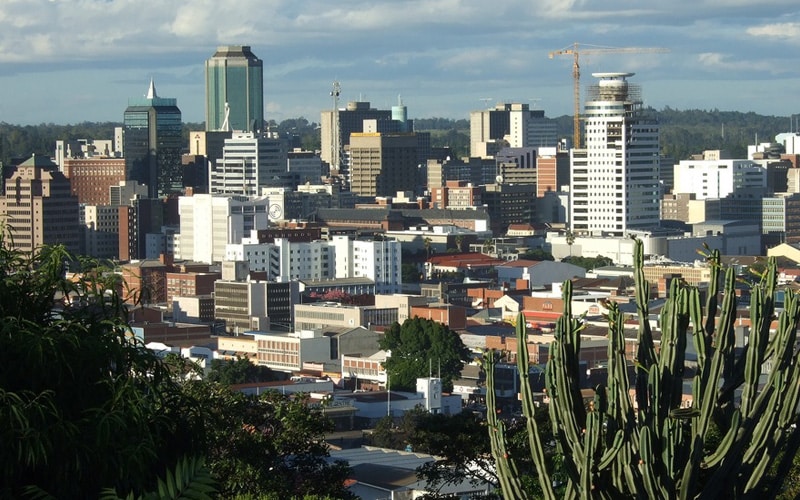 Harare is the capital city of Zimbabwe with an area of 370.9 sq meter and elevation of 1,490 feet. It is the most populated city of Zimbabwe which was founded in 1890. Due to its presence at high altitudes it has a subtropical highland climate.

This huge city has a number of outskirts to visit which should not be skipped by the tourists like Chapungu Sculpture Park, Zimbabwe Museum and National Heroes Acre. It is a one of the largest commercial city of Zimbabwe which is popular in trading for the variety of products including Cotton, Maize, Tobacco and Citrus fruits.

It is the city where gold is mined and has many industries like chemical industry, steel industry and textile industry. 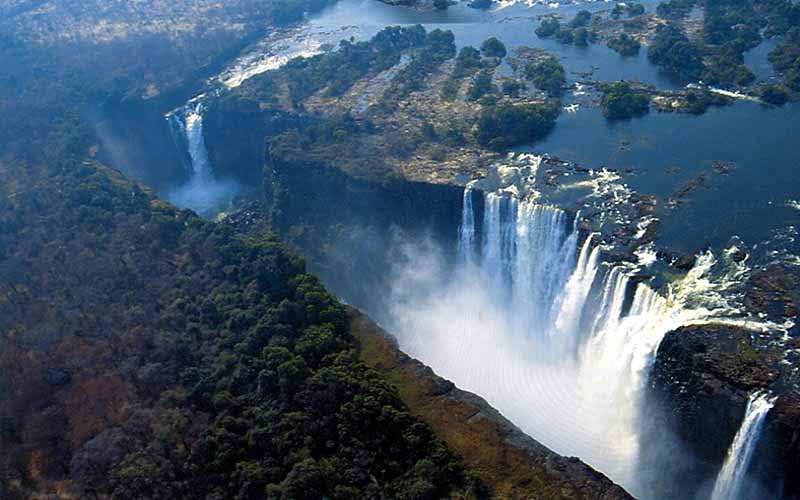 There’s a clear reason why tersely-named Victoria Falls is one of Zimbabwe’s must-see places.

Like the eponymous towns of Niagara in the US and Canada, the settlement is just a stone’s throw from the roaring waterfalls that gave it its moniker. Thousands of people flock here to see the awesome sight every year too.

They join the baboons in the jungles and delve into the Victoria Falls National Park just to the south of the center, gawping and gasping as the great curtain of water comes into view, cascading dramatically off its black-rock cliffs in plumes of steam and mist. 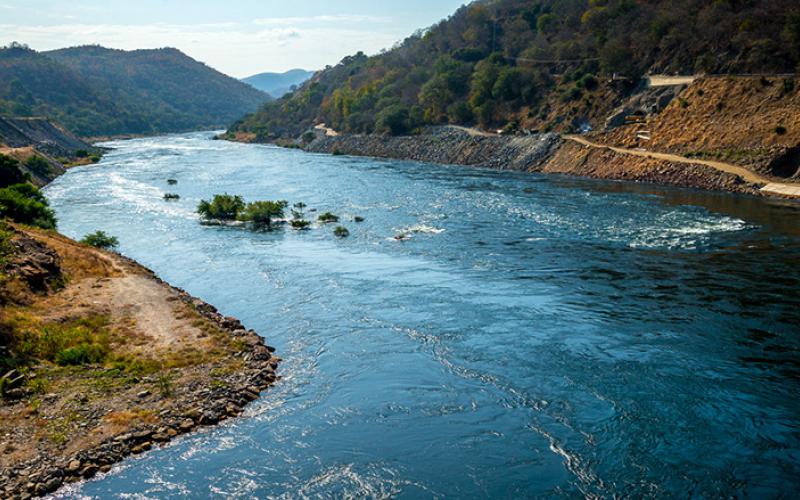 The fourth largest river flowing up to 2700 kilometers is the Zambezi river in Africa. Zambezi river is the best place for tiger fishing, from September to April. Summers are the best months for fishing as the fish feed in these months the more. Fishing is usually done at Kiambi Lower Zambezi. Here one can be provided with all types of facilities including luxurious accommodations to cottages and best camps. Boats are provided for fishing with a boatman and cooler boxes fixed in. the place is visited early in the morning. A huge number of tourists visit this place every year. 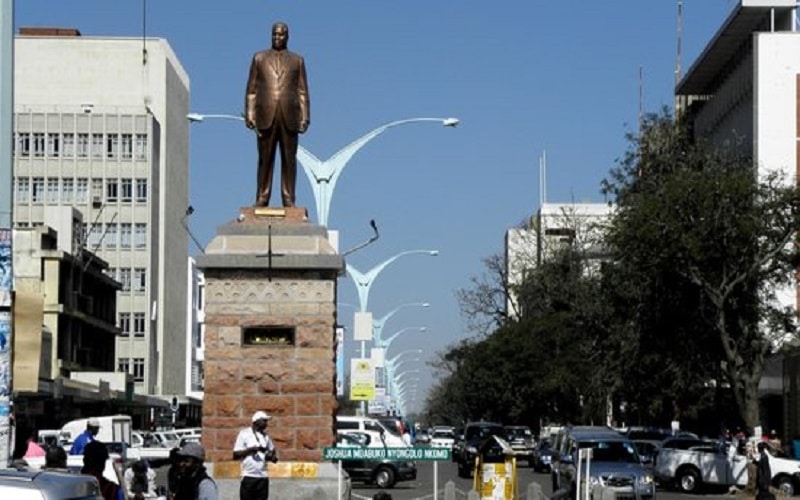 But this second city is more than just a historical relic. It’s also an industrial and economic hub, once known for its smoke-belching factories, and still crisscrossed by more railway lines than you can shake a Ndebele tribal trinket at.

The town is indelibly green and flowery, with bougainvillea cascading over the rooftops and palms peppering the roundabouts. Between it all you can see elegant governmental buildings, go shopping for trinkets, or plan your next safari out to the south-western parks. 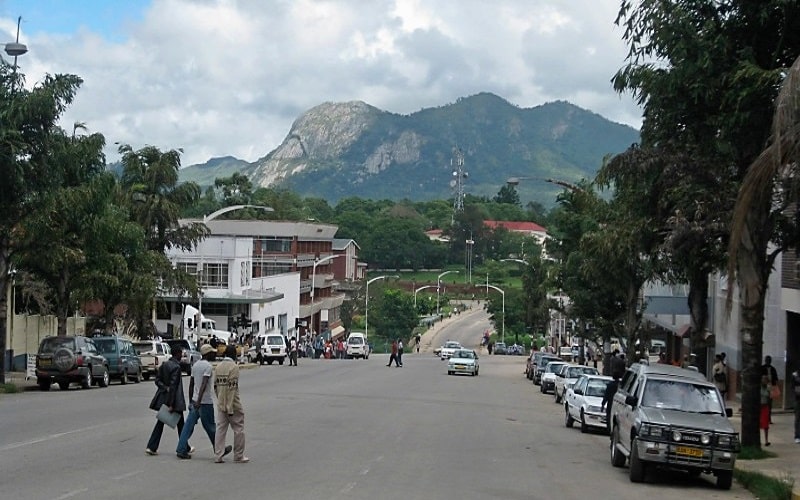 The gateway to the farthest eastern fringes of Zimbabwe and the Nyanga National Park besides, Mutare makes its home between the steep-side valleys of Manicaland.

All around you can see the serrated tops of the Bvumba Mountains that enfold the town, making this one something of an enclave of civilization in the deep southern African wilds.

Today, the place has developed a nice clutch of backpacker guesthouses and cheap hostels, giving it the rep of a fine stopover on route to hike the hills or stalk the curious Samango monkey atop the rugged Eastern Highlands. 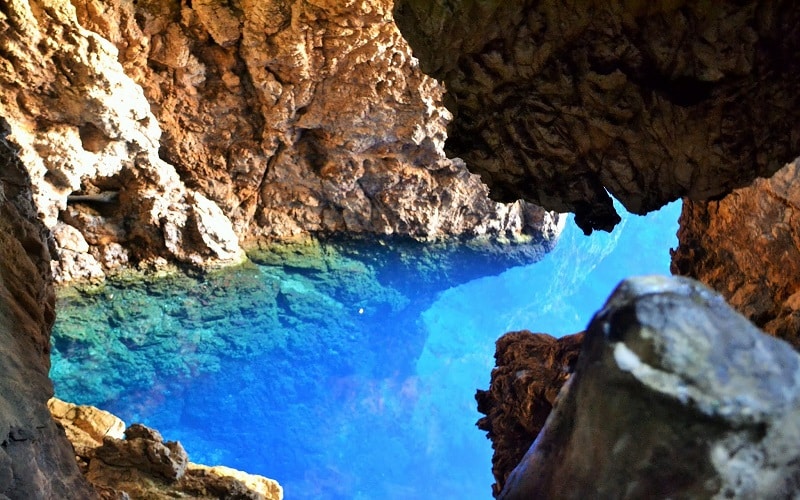 A small crossroads town on the main way west from Harare to Lusaka across the border in Zambia, sleepy Chinhoyi is a kind of picture of rural Zimbabwe.

It sits nestled between the rising ridges of the Mashonaland West Province, and comes with a sleepy vibe and a set of essential services – a bank, hospital and the like.

However, Chinhoyi is famed mainly for one thing and one thing only: its caves. Known simply as the Chinhoyi caves, these carve their way into the cliffs just west of the center.

They occupy their very own national park, and divers come from far and wide to try ultra-technical deep descents into the cool subterranean waters that hide in the gaping caverns. 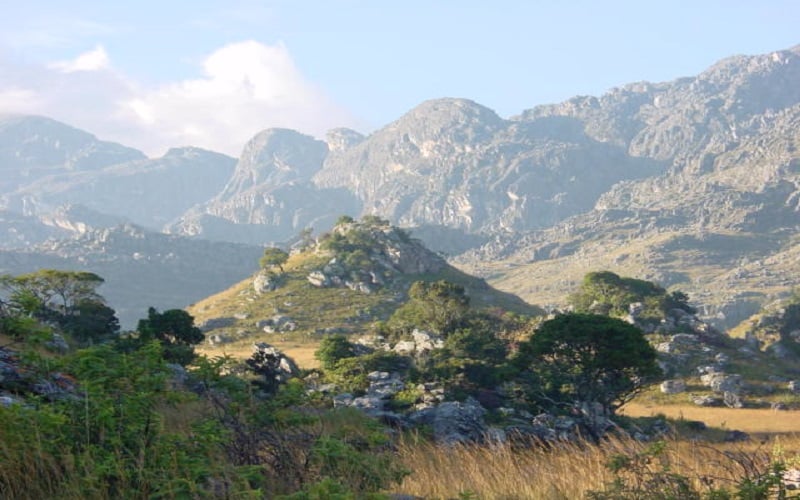 Chimanimani is actually a park that includes outstanding Chimanimani mountains. The astonishing scenery and immaculate environment of these mountains have always attracted audacious travelers. This provides hiking, rock climbing, camping, caves and natural swimming pools. most of the range is levelheaded with quartzite ridges. The highest point is 2440 meters high. the village of chimanimani was founded by Thomas Moodie. At 70 meters high and 16 meters round tree called mahogany can be visited. Bridal Veil Falls can also be visited which is located above the Chimanimani village. Base camps are available for the limited number of visitors. 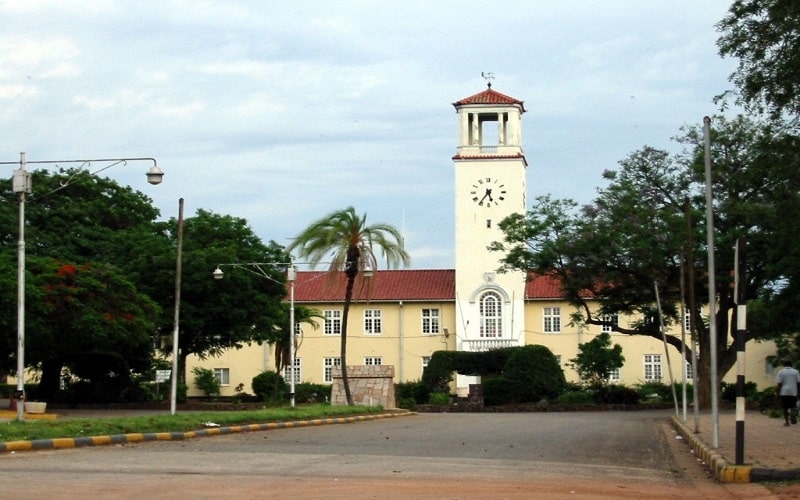 Deep in the very heartlands of Zimbabwe, the town of Kadoma actually started life as a ramshackle gold rush town, housing the miners and prospectors who flocked to the central provinces here to chip away at the ground.

After gold was found, the spot developed quickly, slowly giving rise to hotels and banks and businesses.

Today, Kadoma is a richly-imbued place, with some colonial-style church towers and a lively local population of nearly 80,000. Come here to learn about Zimbabwe’s mineral wealth, and see cotton fields swaying in the African breezes. 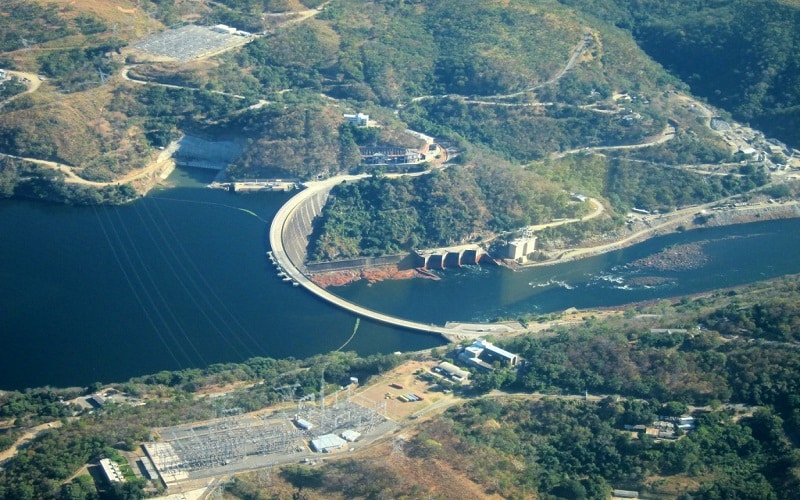 The kingpin of the Kariba Lake region and the Zambezi Valley, this little lakeside town draws thousands of visitors a year to the extreme northern reaches of the country.

Set just on the edge of Zambia, it offers access to the breathtaking Kariba Dam – one of the most awesome engineering feats in these parts.

It’s also the place to come for hiking and outdoor explorations around the edges of the water, or to watch the red-pink African sunsets in the company of locals, as the evening hues descend over Antelope Island in the distance. 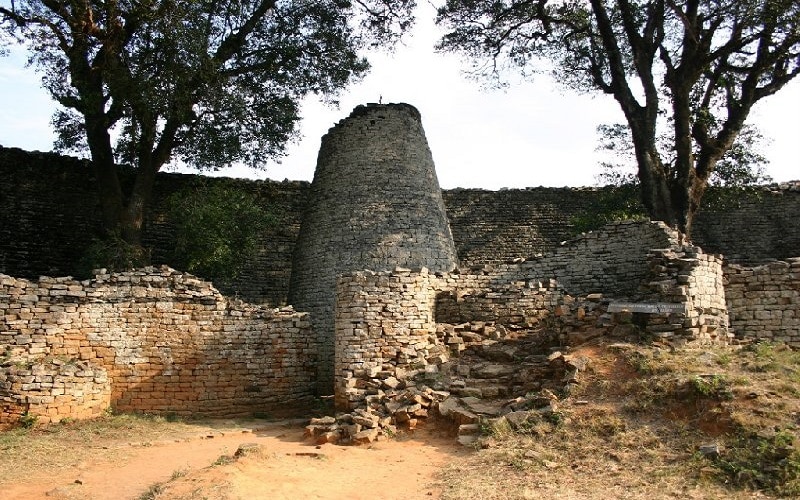 Welcoming travelers to the deeper reaches of Zimbabwe, Masvingo is one of the prime drop off points for VIP buses heading through to the southern edge of the country.

And what a welcome it is! Sat neatly on the edge of the Mutirikwi National Park, the place has plenty in the way of outdoors exploration up its sleeve. However, the real treat has to be the UNESCO World Heritage Site of Great Zimbabwe, which lurks between the bush some 20 kilometers away.

These 700-year-old ruins crumble and crack under the sun, revealing tales of the nation’s old Shona-speaking folk. The so-called Hill Complex and Great Enclosure there are hailed as perhaps the most awesome example of drystone architecture on the globe !