10 Must Visit Wildlife Sanctuaries in India

An Escape to the Wild: Top 5 Safari Destinations in Africa

Top 10 Historical Places in India- and Why You Should Visit

India is very rich in aspect of culture and heritage. Another facet of India which most of us are well versed with is its History which runs back to time unmemorable. With every phase, the changing and challenging era of history, the country is gifted with some very rich and love to boast about monuments and places of interest. This blog is dedicated to top 10 historical places in India which is worth visiting-at least once! 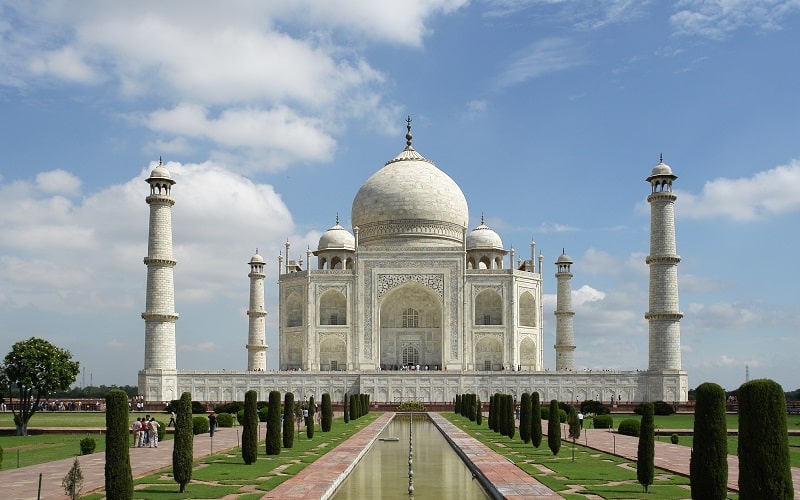 If you speak of India and of history you simply cannot do without the marble marvel Taj Mahal.  Located in the South banks of Yamuna, in the city of Agra (Uttar Pradesh ); this marble wonder is actually the tomb of “Queen Mumtaz Mahal”, built in loving memory of the deceased queen by her loving husband Shah Jahan- the emperor of Mughal Dynasty, and took 22 years to complete; in the year 1631. This monument is a legendary proof of the richness of Mughal architecture.This symbol of love is one of the UNESCO world heritages. It is one of the most popular places of interest in India. 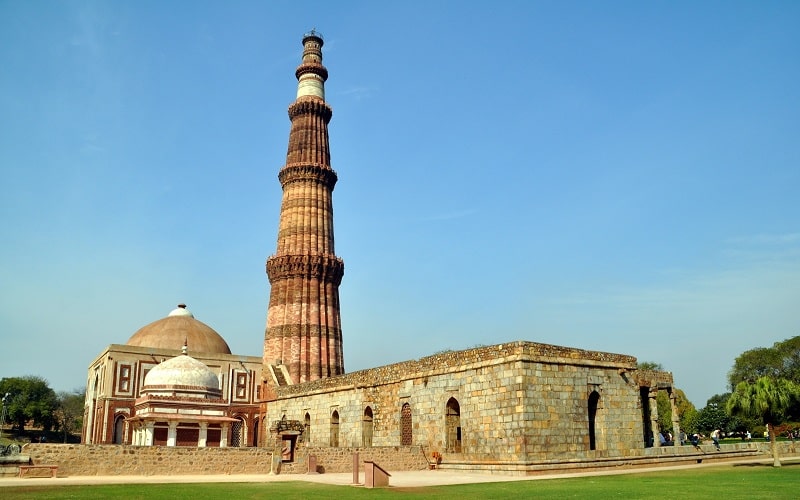 Located in Delhi, Qutub Minar marks the beginning of Mughal Rule in North India. This minar was built in the year 1193 by Qutub-ud-Din Aibak. The minar is of soaring 73 meter in height and was built to celebrate the victory of the Mughals over the Hindu rulers in North India. There is a unique blend of craftsmanship skills into this minar where the first three storey are made of red sand stones and the 5th and 4th storey with marble and sand stones. 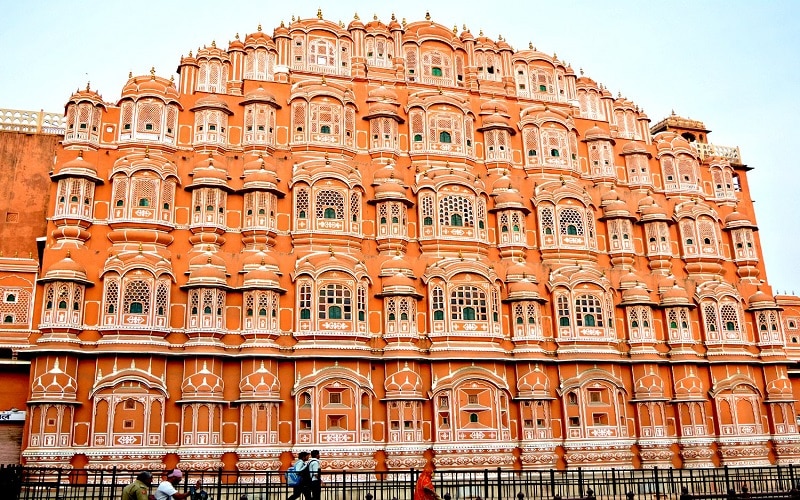 Located in the “pink city” Jaipur, Rajasthan; this beautiful “Palace of Wind” the translation of the name in local language, was built by Maharaj Sawai Pratap Singh. The palace derived its name from the 953 windows that it has which was built with the aim to let the women of the royal palaces to watch the street shows without being visible to the outside crowd. This palace vehemently directs us to the richly aura of the Rajput kings and princes of India then. This beautiful palace is considered to be the tallest building in the world without any foundation. 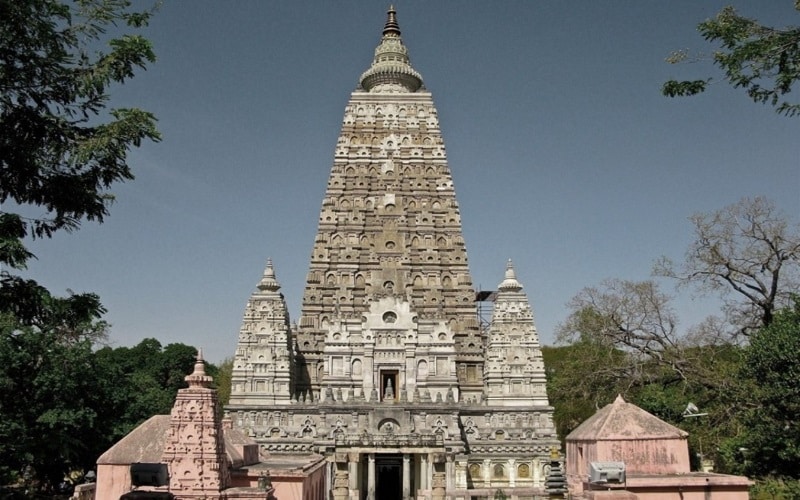 Not many of you would find this equally appealing to the other places in the list but this is due to lack of awareness about this place. This temple symbolizes the pious Buddhism and is located in the state of Bihar. The earlier temple was built by Emperor Ashoka somewhere in 3rd Century BC. This holy place is one of the fourth holy grounds of Buddhism where Buddha attained enlightenment under a fig tree in the very place where we have the place today. 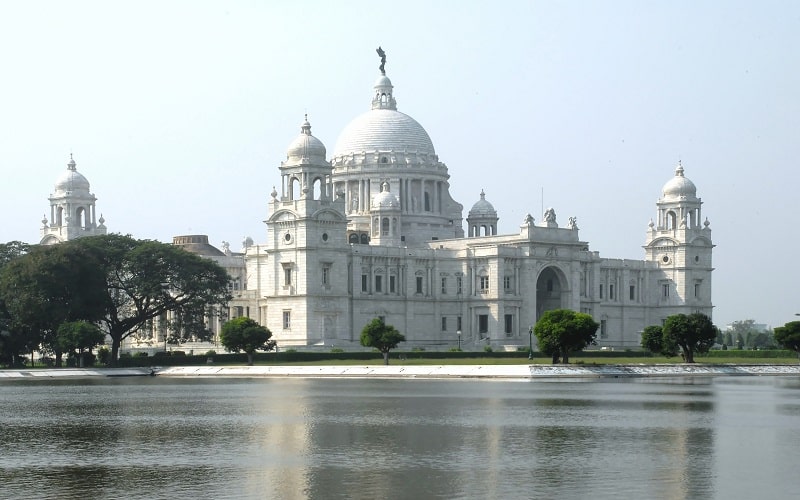 Built at the zenith of British Raj in India, this place is one of the most historical places in India located in Kolkata; which speaks abundance of the British era in India. Designed by Sir William Emerson, this place is actually a museum at its best including those artifacts, paintings, weapons, and portraits of Royalties which boasts of the Golden era of the then British rule in India. The black bronze statue of “Angel Victoria” which also acts as a weather cock is one recommended piece of creation to see. 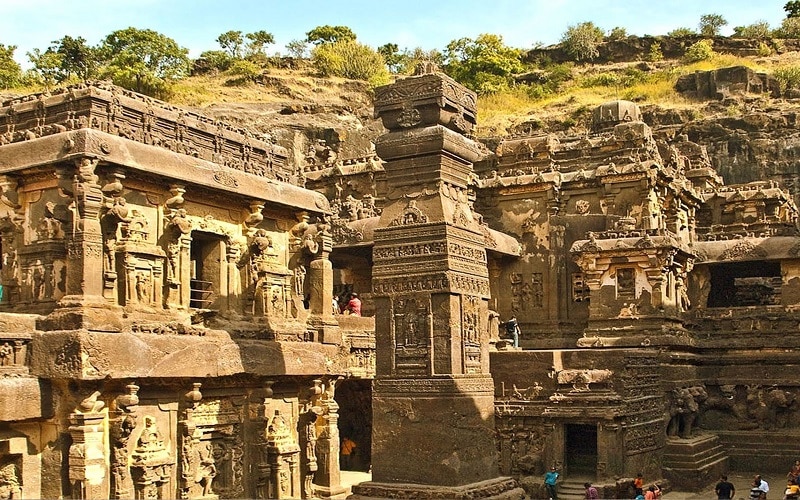 Located in the state of Maharashtra, a medley of three religions- Hinduism, Buddhism and Jainism, the Ajanta Elora Caves are the home of awe inspiring design made on rocks with hands. Yes, you read it right! Dating back to 2nd century BCE, there are in total 34 caves most of which are monasteries. These caves are the mirrors the three religions and are full of beautiful and spell bounding sculptures demonstrating life of Lord Budha and several popular tales of India. 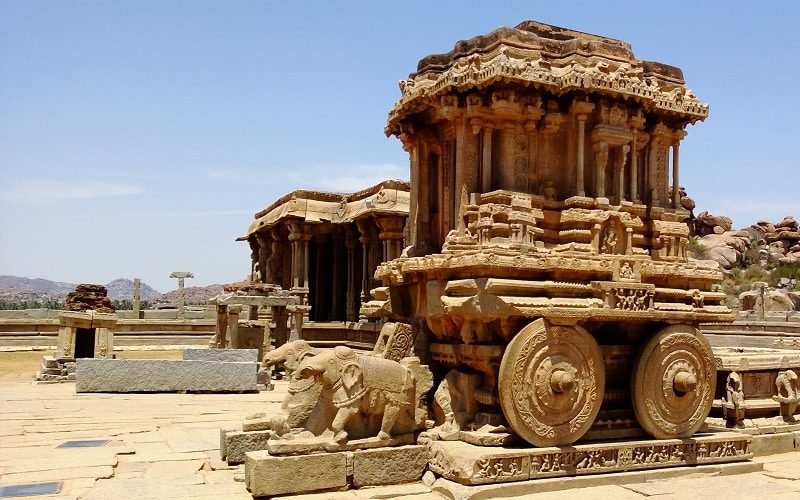 Moving back to the times of the Ramayana, it is believed that Lord Ram visited this place while searching for Sita and took help from the monkey kings and brothers Bali and Sugriv who happened to rule this place. One of the popular UNESCO heritage sites, this highly historical place is located in Karnataka, Southern state of India. You would find rocky sculptures, chariots, elephant stables. One of the most undisputed historical facts of this place is that the first human settlement is recorded in this place which happens to be somewhere in 1 CE. 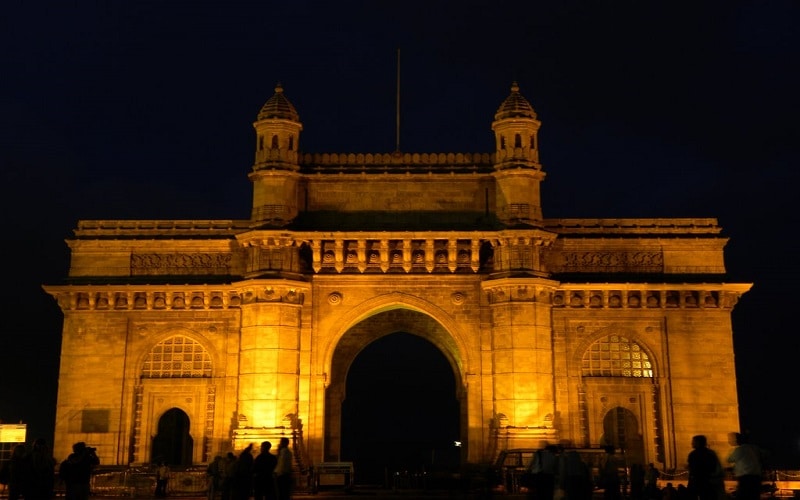 Built during the British Rule with an aim to serve as an entry and exit point or gateway to India for trade purpose, today this magnificent gateway serves as a way to the “city of dreams” Mumbai. Dating back to the 20th century, the actual purpose of building this monument was to welcome the landing of King George V and Queen Mary on Indian grounds. The place served as a landing point for the viceroys visiting India through sea. 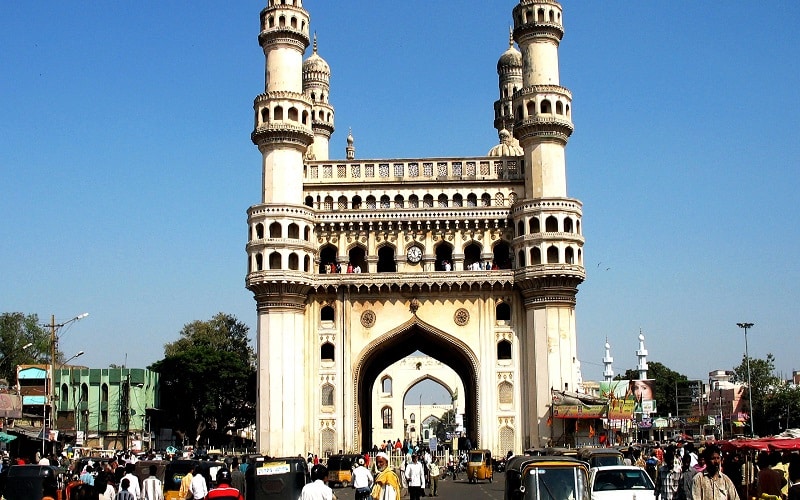 Derived from Urdu origin the name translates into “four pillars”, was constructed in the year 1591 is a mosque cum monument located in the city of Hyderabad. There are many stories as to why the Charminar was actually built and the widely accepted one is that Mohammad Qali Qutub Shah built it as a celebration to the end of plague in the city. Another interesting legend of the place is that it has a secret tunnel which reaches to the Golconda fort; however this passage is yet to be discovered. Each minaret in this building has four stories with a clock in each arch. There’s also special food stalls for food lovers. 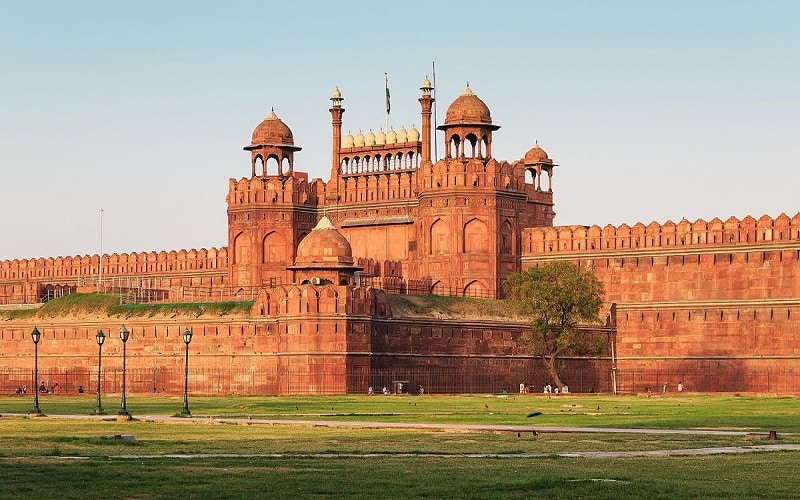 Apart from serving as a podium for the President to give speech, this place has a lot to know about. One of the popular tourist attractions, this historical monument is located in Delhi and was built over a time span from 1638 to 1648; when Shah Jahan shifted his capital from Agra to Delhi. Dating back to its inception, this monument was actually built with limestone and was white but was painted red by the British to prevent it from chipping off.

These were among the most popular 10 historical places to visit and reasons are far clear why you should consider visiting these places.

10 Must Visit Wildlife Sanctuaries in India

An Escape to the Wild: Top 5 Safari Destinations in Africa